I have some exciting music stuff to share, but it’s not quite at the point where I can. So, I decided to do something to distract myself (I’ve never been a very good at keeping good news to myself) so that I won’t say anything that I’m not supposed to about the new project.

I threw a few design ideas together after being inspired by several images on pinterest. Hopefully you’ll see the designs these images inspired soon! As you know, the colors for Teen Jazz are gray, black and orange so I went with that. Enjoy!

I don’t know why, but I absolutely love the idea of re-purposing wine crates. Ever since M and I started planning our wedding (we just celebrated our one-year anniversary last month), I’ve developed this obsession.

The first wine crate project I took on wasn’t actually to re-purpose an existing wine crate, I actually designed my own. The second was a blanket basket wine crate my dad built from scratch. We placed wine labels on the box and I ended up using it as a book case instead. The next was a craft storage dresser that my father built using wine crates as the drawers and top storage box.

You’d think that after three projects, I’d have had enough of wine crates, but no. I still have several projects on pinterest that I’d love to take on. So, to make a long story short – here’s my round-up of wine crate crafts. 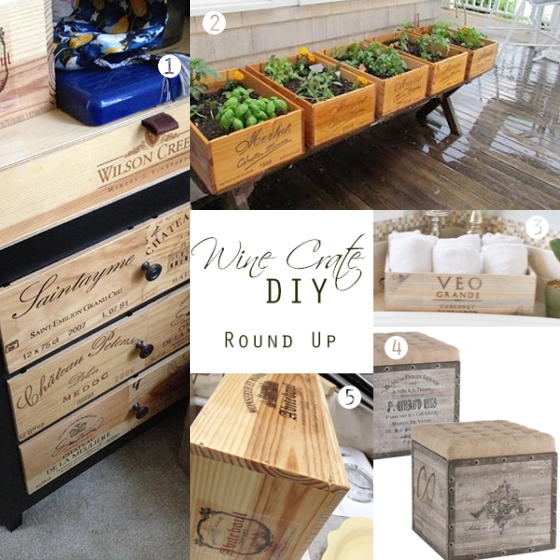 1) Here’s a photo of the craft storage dresser my dad built for us. I don’t have a DIY for it, but I’ll work on it.

3)  This adorable towel holder from Sand and Sisal

4) This isn’t a DIY, but I would love to figure out how to make these wine crate ottomans. It think they’d be super cute on the patio as outdoor storage.

A Video from the performance on Tuesday night.

Last night I had a really amazing time sitting in at a friend’s event down in San Diego. I went away from it feeling content with the progress I’ve been making as I practice and work hard each day as part of my Project 365. Many of my efforts are starting to show in my playing and that’s incredibly gratifying.

This morning I woke up re-energized, motivated and with a plan of action on how to tackle my practice time today in order to prepare for the next performance (which is on Thursday). I was feeling inspired and ready to seize the day.

But then I checked Facebook and I saw this:

One of the hardest things about being a public figure (and especially an artist), regardless of how “public” that may be, is opening yourself up to criticism. When you put yourself out there, you give others the opportunity to say things like “she sucks.” But you also create the opportunity to connect with others through your art and that makes it all worth it.

But it still hurts.

This isn’t the first time I’ve received that kind of attention, and it probably won’t be the last. I’d hope that one time I’d develop thicker skin and comments like that would just blow past me, but they don’t. It hurts every single time.

I am an artist, a composer, a musician, but I’m also a person. A human being. I have real feelings and those feelings can get hurt just like anyone else.

Don’t get me wrong. I love criticism. Well, constructive criticism. It keeps me on my feet and helps me remain aware of areas I can improve upon, what I do that people like (or don’t like), and it guides me in the right direction. And yes, sometimes that hurts to receive, but the blow is lessened with the suggestion of how to improve.

Here are some pieces of criticism that I’ve found helpful:

And then of course, there was this Amazon review which initially freaked me out but also inspired me to focus on the saxophone for my next album.

“She sucks” does nothing but hurt. It doesn’t give me anywhere to go. I’m also pretty sure that this person was not at the performance last night. I also have a sneaking suspicion that this wasn’t the first occasion he’s taken the time to write a comment in that spirit on my Facebook page. I seem to remember seeing his photo before.

Everyone has the right to their own opinion, yes. I’m sure he’s not the only one who thinks I suck. That’s okay. I’m also positive that’s not going to be the last time I hear/see something along those lines.

So then what’s the point?

I wish there was one. I wish I could inspire people to be more positive and uplifting (or to keep their thoughts to themselves when they don’t have anything positive or uplifting to say). We’d all live in a better world for it.

I know, however, that this post probably won’t make that kind of impact. It’s not as eloquent as Le Clown‘s post based on a similar experience and most people probably won’t even get through this entire entry. I accept that.

But, if you are one of the few who gets to the end, I’d like to ask something of you.

Tonight when you get home from school or work or where ever, take your loved ones aside – your wife, husband, mother, father, sister, brother, son, daughter – and tell them that you appreciate them. Tell them something you admire about them. Something that you appreciate them doing. Something that you know they’ve been working hard on. We all need a little bit more positivity in our lives.

And then, if you’re up to it, I’ve written two other posts on something similar – one here and one on Teen Jazz…

No One Can Be a Better You (on Teen Jazz)